The Royal Academy of Art in London has had an exhibition called Revolution: Russian Art 1917-1932 which was inspired by a Leningrad exhibition in 1932 Fifteen years of artists of the Russian Soviet Republic, an exhibition which showed the incredible diversity of Russian art at a time when the avant-garde and social realism still existed side-by-side. However, from the late 1920s pressure mounted against abstraction in art and after 1932 it was deemed to be unacceptable. The exhibition includes paintings, prints, posters, photographs, ceramics and film clips, some from the 1929 film The man with a movie camera. A few of the art works from the exhibition are copied below, along with others by the exhibition artists that were not in the exhibition. Some celebrate the excitement of the time, while others express something more ominous. Many of the photographs, like futurism, play on the repetition of industrialisation and mechanised work, but others delve into blurred identities, overlapping images, and images taken at disconcertingly strange angles, possibly hinting at the confusion and uncertainties of the times. 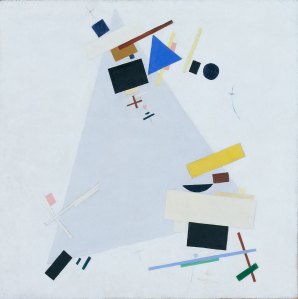 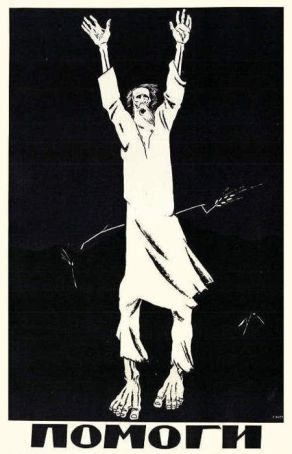 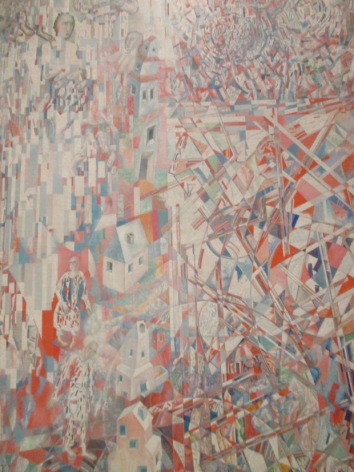 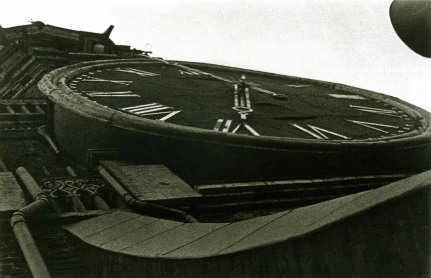 Heroes and Victims 1918 Vladimir Kozlinsky and others 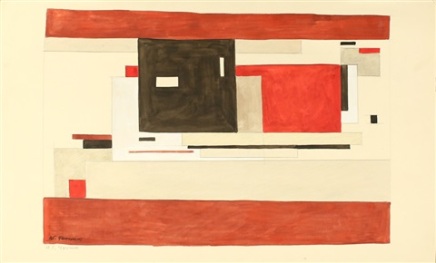 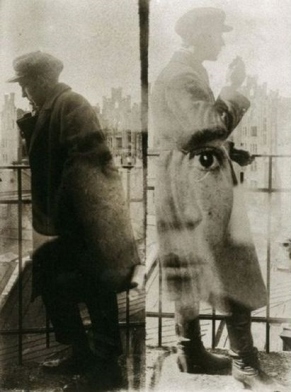 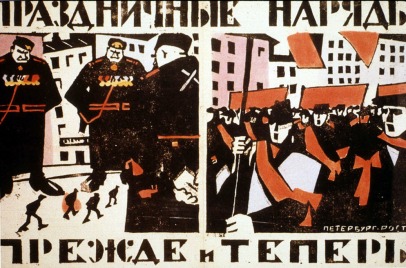 Vladimir Kozlinsky Then and Now 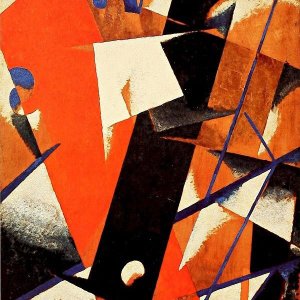