Kataev uses 15 Malaya Arnautskaya in his children’s book, The lonely white sail, as a safe house used by Terenti, the revolutionary. When his little brother, Gavrick, finds there is an amnesty for prisoners after the 1905 manifesto by the Tzar, he goes to collect his grandfather from prison. Terenti says he cannot bring his grandfather to their house which is being watched by the police, so he should take him to 15 Malaya Arnautskaya where he should ask the janitor for Joseph Karlovich. When he finds the janitor he should say ‘How’d you do, Joseph Karlovich? Sofia Peterovna sent me to ask if you’ve received any letters from Nikolayev.’ Joseph should answer, ‘No, I haven’t had a letter for two months.’ Joseph lived in a dark cellar, with walls covered in mould.

In 1905, the real 15 Malaya Arnautskaya was owned by  S Yurischich (С. Юришичъ) who also owned the house behind it on the parallel street, Novo Rybnaya, and the warren of buildings in between.

The numbers 15, 28 and 29 (discussed later) Malaya Arnautskaya have been marked on this 1888 Odessa map to show how central this area was. 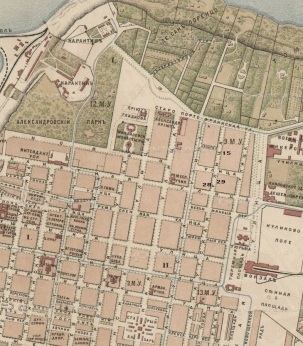 The jumble of tumbledown buildings in the courtyards of houses on Malaya Arnautskaya, and probably the sympathy of many Jews towards the revolutionary movement, made this street ideal for safe houses. According to the writer of the Odessa street website (http://obodesse.at.ua/publ/malaja_arnautskaja_ulica/1-1-0-254 ):

In 1902, in Malaya Arnautskaya, there were 1752 poor among the Jewish population, an average of about 16 people per apartment.

But Malaya Arnautskaya was only the sixth of the streets with the most poor people. Gospitalnaya (Hospital Street) in Moldavanka had over 4000 people in about 65 houses. Many families affected by the pogrom lived on Gospitalnaya Street.

A list of people wanted by the Okhrana in Odessa is in an online excerpt from an article in Avotaynu Winter,1995 by George Bolotenko with references to reports of the chief of the Odessa  Okhrana to the Department of Police – Odessa Okhrana Detachment March 1905-1906.  Several family names from the pogrom death records were listed. It also mentions a meeting of the Social Democratic Committee at 29 Malaya Arnautskaya. 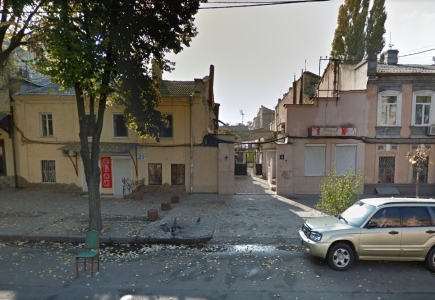 The entry to the side of the building seems to lead to another warren of buildings. Mikhelovski did not own the property, but in the directory there is a second guild wood merchant, Movsha Aronovich Mikhelovski, probably his father, and fairly well off. Movsha Mikhelovski had his business at Privoznaya Square, the enormous market square a couple of streets away from Malaya Arnautskaya, at the bottom right of the map.

It was often well educated young people who were political organisers and held meetings, recruiting workers to the socialist parties.

Across the road from 29 Malaya Arnautskaya, at 28 Malaya Arnautskaya, lived S. Rekhes (C. Рехес). It is not a common name and there were two Rekhes’ in the pogrom death records – Rasya Shifra Rekhis, age 8, from Vilna and Khana Nekhemya Rekhes, age 20, the wife of a Vilna citizen. Also in the Odessa death index is a Meer Rekhis who died 9 November 1905, a couple of weeks after the pogrom. There were not many children in the records (although reports mention the deaths of many children) and I wondered whether the children were connected with families targeted for particular reasons or in particular areas.

There is no other information about the Rekhes family in the directories. Using several spellings, there were several possible births – Sara Rekhes 1880, Solomon Rekhes 1881, Gitel Rekhes 1884, Ida Rekhis 1891, and Solomon Rekis 1896. The family who died in the pogrom had come more recently to Odessa from Vilna.

There were no Rekhes’ on the ships travelling to New York after 1905. There was one Morris Reichick, 15 years old, from Odessa, travelling from Southampton to a brother-in-law in New York at the end of December 1905, one month after the pogrom. He was marked down to be deported because of a medical problem, possibly spinal, but there was a chance to appeal. There is no Morris Reichick in the records. There is a William Rykis, born in 1886 (although according to his marriage record it was 1891), from Odessa, living in New York, who married Celia Kellner in 1915. He had come from Odessa in 1912. It is unknown whether he was related to the Rekhes who died in the pogrom, but I will follow his life in New York in another post as it had a few twists and turns uncommon in the usual Jewish immigrant story.

Another piece of literary history on Malaya Arnautskaya is from Soviet times but seems like a descendant of the Odessa Moldavanka stories of Isaac Babel about the criminal Benya Krik, set at the time of the pogrom but published in 1923 and 1924. A friend of Valentin Kataev, the poet Nathan Shor, who lived at 40 Malaya Arnautskaya, also became a friend of Kataev’s brother, Evgeny and his friend, Ilya Feinzilberg. They were inspired by Nathan’s brother, Osip Shor and his adventures crossing Russia in 1919, and wrote a very popular and influential comic novel together, Twelve Chairs, under the names Ilya Ilf and Evgeny Petrov, which was published in 1928. 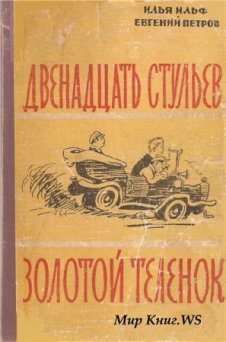 Osip Shor became Ostap Bender, an adventurer and conman, in the story, the hero of Malaya Arnautskaya . Twelve Chairs was made into a film in the Soviet Union in the 1970s (https://www.youtube.com/watch?v=ZNZkUt0ePas ). 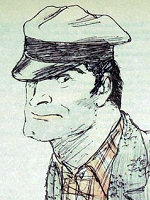 And the last piece of fame for Malaya Arnautskaya was that Vladimir Jabotinsky, author of the novel that commemorated Odessa Jews at the time of the 1905 pogrom, The Five, was, according to Wikipedia, born at 33 Malaya Arnautskaya (№ 33 — здесь родился В. Жаботинский). 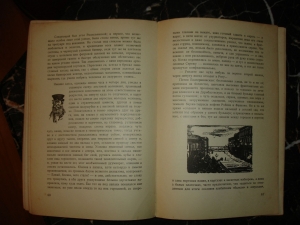 1 thought on “Malaya Arnautskaya and the revolution”